After our “city of too much” experience we had plans to drive through the Death Valley and check out the Yosemite National Park. However Death Valley was far too hot and we were told that if we are familiar with mountain landscape the Yosemite would not impress us much.

We therefore headed straight towards the West Coast. Which meant  some kilometers to take under our wheels. In the middle of the night around the city where are grown 55% of US roses, Wasco, we made a wrong choice. We had given in to the fact that were too tired to set up the roof tent and the van bed. Driving through Wasco, it had plenty of motels to offer. But I wanted to gain some more kilometers that night and ignored the tempting lights, just to realize that there was NOTHING anymore after. When I say nothing, I mean nothing. Not even streetlights. Pitch dark night for kilometers and kilometers which seemed never-ending, we were dead tired and no motel in sight.

Until we got to Lost Hills, or better, its rest stop, at the intersection of Interstate 5 and Highway 46. Now the name Lost Hills sounded more exciting than Wasco and we found a motel that was somehow more exciting, all depends on your point of view. Our choice fell on that motel because of the big WiFi sign…you got to have priorities in life! We checked in with an under-friendly receptionist. Musician Travel Companion almost renounced, but he listened to my whining. I was simply too tired to keep on driving. Our van parked between big lorries we walked up through a crowd of lorry drivers. They were all hanging on their cell phones, probably talking to their families far away. All these guys had obviously nothing else to do than glaring at people looking as out-of-place as we did while they were waiting in front of the laundry room for their clothes to make it to the last washing machine cycle.

It was all a bit spooky, the motel and restaurant lights, the honking of the lorries on the nearby highway, the, for sanitary reasons closed but illuminated swimming-pool and the note on the room key and the door: Always use the deadbolt. Report suspicious persons. The reddish spots next to the shower did not reassure me neither. I immediately turned into Kate Beckett and told my Castle about these blood stains from a crime scene…now I realized why I should stop watching these silly bloodthirsty series. We used the deadbolt, made it through the night and were compensated with a 1200 calories breakfast at the fast food nearby.

I checked after. Our motel was the first ranked hotel in Lost Hills on TripAdvisor!!!! But I won’t tell you that there are only two hotels in Lost Hills!

Driving out of Lost Hills, the California State Route 46 leads you right through oil fields. That was an interesting, intriguing and somehow strange sight . All these pumpjacks with their up and down movements reminded me of hard-working lonely people. From the car I did not see one single human worker around the wells, but I guess plenty of people have work thanks to these oil fields. I regretted to not have filmed it but I found someone (Curt Elliott) who did:

A quick stop at Cambria and then we headed North towards San Francisco, along scenic ocean and wildlife vistas. The Cabrillo highway is a beautiful drive, particularly if you come from a country where you have no access to the sea. I noticed so many places on the way where I want to come back to and spend some time.
The Elephant Seals at Piedras Blancas, San Simeon, were an amazing and stinky sight. What a contrast to see them play around in the water vivaciously and then lay around on the beach looking so clumsy. They were definitely worth the stop!

But my highlight was Carmel, but nothing to do with Clint Eastwood. It is a cosy little village, definitely worth a longer visit and not just a few hours. But a few hours were all we had and for us they turned out to be perfect. And I am not talking about the lovely wraps we ordered at the bakery. My personal highlights were the dolphins, which I am still convinced were waiting just for me. Upon arrival we drove around some before finally finding a parking spot in the over crowded village. A few minutes walk and we were down by the sea. A bunch of tourists gathered on the vista point and we realized they had spotted something out in the water. And there they were…for the first time in my life I saw free dolphins. Of course I raced down to the water to be as close as possible to these beautiful mammals and while standing in the water they passed in front of me, only about 20 meters away…so very moving, silly, I know, but I had tears in my eyes!!! How lucky am I!?!?!? 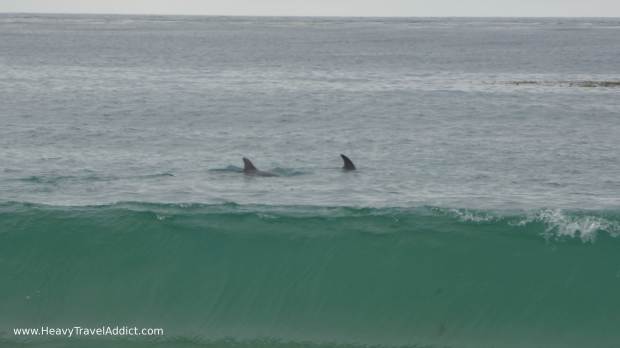 On the way up North we missed the following towns which were on our plan, but there was just not enough time and too many kilometers, but hey like you say in German “aufgeschoben ist nicht aufgehoben” (postponed is not cancelled): Salinas, which mad me curious because of James Taylor‘s version of Janis Joplin’s song (…somewhere near Salinas, Lord, I let her/him slip away) and because it is the town where John Steinbeck was born. And we also meant to do a detour to see Palo Alto and the Stanford University, which has this beautiful aura of knowledge.

But instead we discovered Halfmoon Bay and we cannot complain about the night we spent there although the camping was fully booked, but this time the motel was less scary this time than in Lost Hills.

And then we finally arrived in San Francisco. I had been waiting for years to discover this town! And I loved it and could have stayed there straight away. So many things to do and to see! 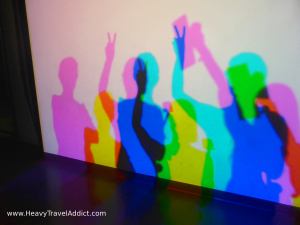 But you will probably be surprised by what I am going to say now. If you only had the right to discover one single thing in San Francisco, here is what it would have to be: Let it be the EXPLORATORIUM!!!! If you decide to follow my advise, here is another great tip. You can thank me for it later: If you are adults only (visitors have to be over 18 that evening), chose Thursday nights, discover plenty of amazing science stuff with a drink in your hand! Unfortunately 4 hours are not enough, but at 10pm they will throw you out. If I lived in San Francisco I would get a member card and you would find me there every single Thursday night.

We were also very lucky with our little sweet flat in the Marina district. Same price we would have paid for a hotel room but it slept three and was a welcome luxury after our van adventure. Lovely kitchen, not that this helps my cooking skills, a lovely terrace and patio with nightly visits from a racoon (I love the names for that animal in different languages: raton laveur, Waschbär, mapache, guaxinim). I could easily run from the apartment to the Golden Gate Bridge – such a monument!!!! Such a familiar sight from pictures and films and one day we are jogging right next to it.

Forget about cycling in San Francisco, apart from the great trip over the Golden Gate Bridge by bicycle to Sausalito and back by the ferry-boat. But otherwise the hills by bicycle will kill you and trust me, this comes from a cycling addict.  Probably due to missing parking space, San Franciscans seem to be a healthy crowd, walking, cycling and jogging everywhere. And even the ones who are not fitness freaks seem to have enough exercising thanks to the hilly landscape and therefore less weight issues than the Angelenos.

Alcatraz by night is a must too (but don’t forget the Exploratorium!!!). The world-famous prison was very interesting and we were lucky to have booked so far in advance. The cell door opening and closing at the end of the night leaves you with a strange feeling though and you are glad to take the boat back to freedom.

Each of the different San Francisco areas has its charm, Castro, China Town, Union Square, the too crowded Pier 39, Chestnut Street, Mission District…and you will want to see it all (but after the Exploratorium, ok?). The Ramen in Japan Town were less good than the Sushi in LA, but Japan and Manga Fan Travel Companion was happy with it.

…and into the water…

And the winner is…

The night out at The Saloon was a lucky find. “Greg at the door don’t bite” I read somewhere. I would personally be more scared of the lady behind the bar…but after the first rather unfriendly welcome she seemed to warm up to us and even offered us a beer. I have seen a review of the place after and this definitely sums it up: Totally unpretentious ego free place. People are there for a good time and to enjoy the music.
Our evening was a success, the live music to Musician Travel Companion’s taste and no regrets next day although we were not at our freshest.

All in all, I have only big issue with our trip to California and the Canyons…I really thought I could kick something off my bucket list, but instead I have to add a few trips as I definitely want to head back in that direction with even more time. Guess this coming week I will buy a lottery ticket, you never know!

Next time I will go and visit Zzyzx

This part of America I have trouble with 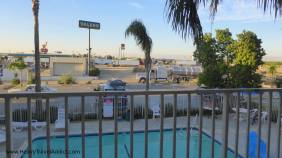 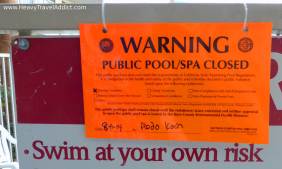 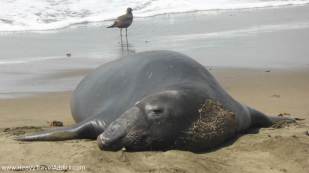 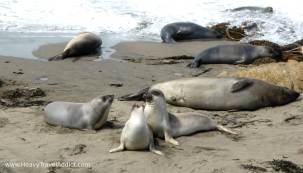 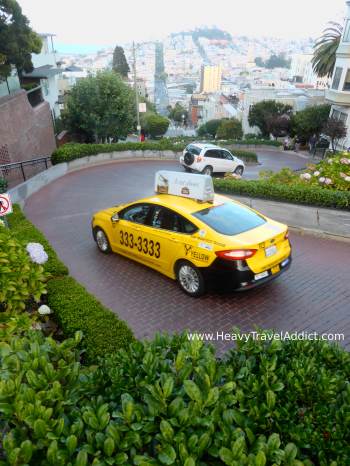 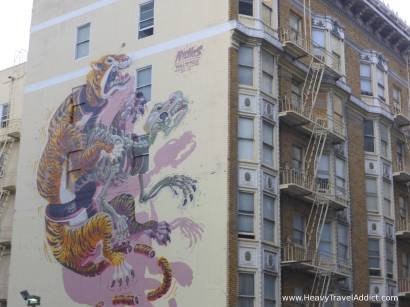 Let’s forget about the year of the sheep and monkey

View from the bridge 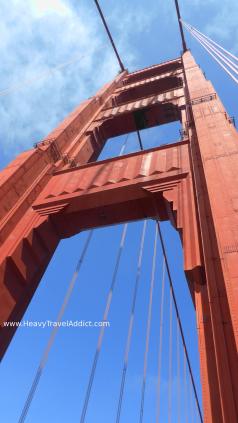 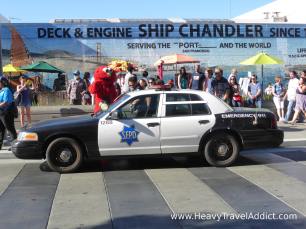 Could be my daily lunch